Though Lima has been on foodies’ short list of delicious destinations for a few years now, and Machu Picchu remains one of the wonders of the world, Peru has so much more to offer than just a few hot restaurants and well-trod tourist attractions. With landscapes ranging from hidden high-altitude hamlets in the Andes to primordial Amazonian marshes, and enormous sunny beaches to charming colonial towns, not to mention some exciting travel and tourism developments, Peru has quietly transitioned from a top South American travel hotspot to one of the world’s most exciting destinations. Here’s why you need to go there now.

1. It’s Easier to Get to (and Around) Than Ever 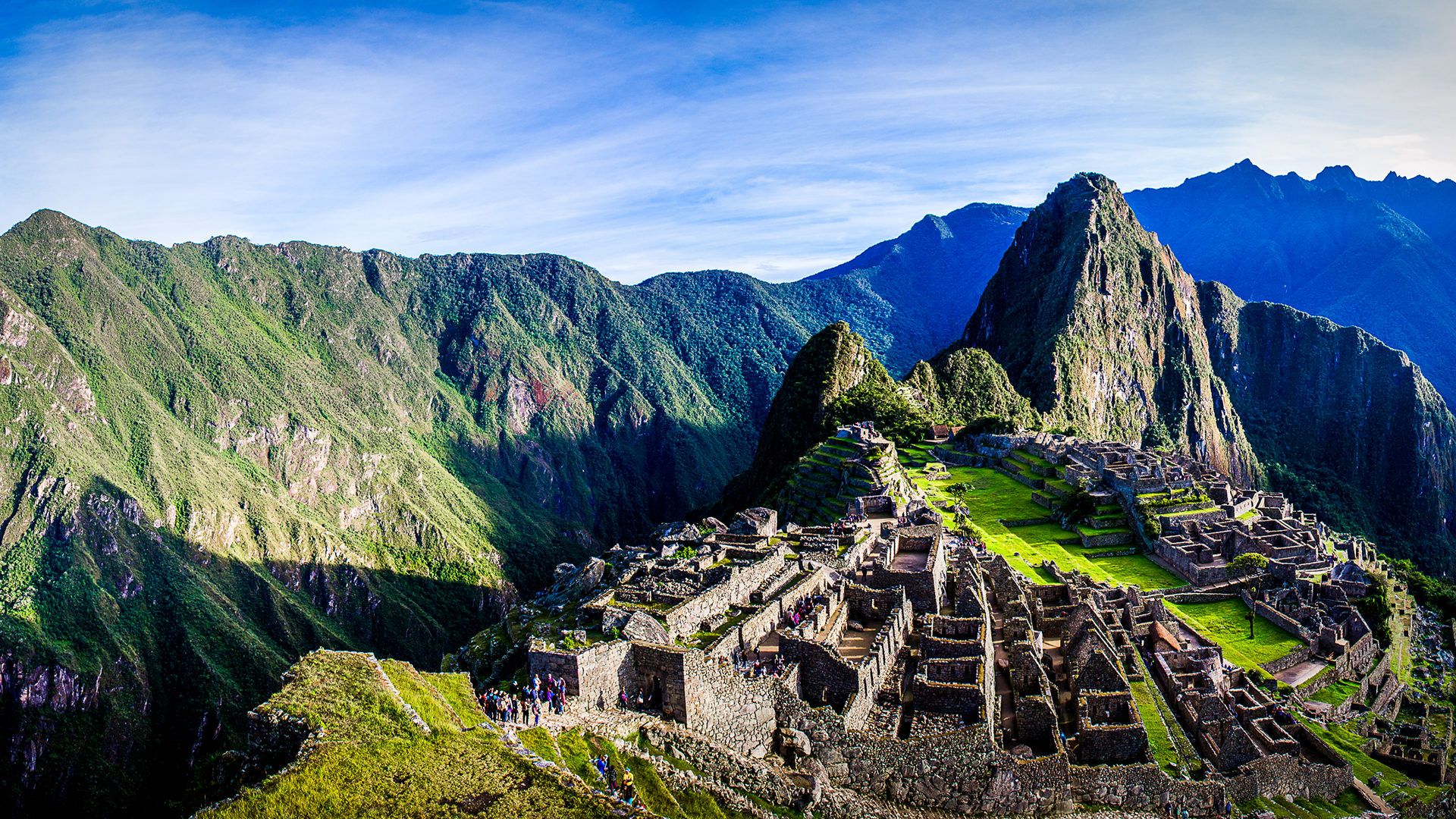 Thanks to the fact that Peru was one of LAN’s home territories, the airline has offered flight connections from several US destinations to its hub in Lima for several years now. Thanks to its recent merger with TAM, though, the airline now connects travelers to even more cities throughout South America. These days, LATAM flies from Lima to Los Angeles (LAX), Miami (MIA), New York (JFK) and Washington, D.C. (IAD) and partners with American Airlines through the Oneworld alliance, so you can use your AAdvantage miles to fly there. You’ll need 20,000 or 30,000 miles each way to fly economy or business class respectively from the continental US to Peru. Within Peru, you can book awards for 10,000 miles each way in economy or 20,000 miles in business class.

American also flies to Lima via Miami (MIA) and Dallas (DFW) — award rates are the same for economy and business class. AA, however, offers off-peak economy awards on its own flights to the South America 1 region from January 16 to June 14 and September 7 to November 14, and over those dates, awards will start at just 17,500 miles each way. You can also catch flights on Delta via Atlanta (ATL) and United via Houston (IAH) or Newark (EWR).

Once you get to Peru, flights are relatively inexpensive and frequent between the major cities, including Lima, Cusco, Arequipa, Iquitos and Puerto Maldonado on a number of airlines that include LATAM as well as Star Alliance carrier Avianca (though some of the planes are still labeled TACA) and upstarts like Peruvian Airlines.

2. Peruvian Is the New Nordic Cuisine

It seems like much of the world discovered ceviche about five years ago, and since then, Peruvian cuisine has become one of the touchstones of international fine dining, with restaurants popping up from London to Los Angeles and Seattle to Singapore. Much of the initial fervor could be attributed to the success of Peruvian uber-restaurateur and cookbook author Gastón Acurio, whose restaurants include Astrid y Gastón and La Mar Cebichería, of which there is an outpost in San Francisco.

Since then, other young chefs have taken up the cause and made names for themselves championing not only Peru’s bounteous seafood, but also the nation’s diverse culinary roots, which range from traditional Andean crops to Amazonian fish and fruits and blend in international influences as far-flung as Asia and Africa. Today, Lima is a hotbed of edible invention delectably on display in restaurants like chef Virgilio Martinez Véliz’s Central; Ámaz and Malabar, where chef Pedro Miguel Schiaffino creatively showcases jungle-sourced ingredients; and Maido, whose chef, Mitsuharu Tsumura, is one of the forerunners of Japanese-inflected Nikkei cuisine. And that’s just what’s happening in Lima!

Speaking of Lima, the capital is experiencing a new moment of growth and excitement. Before, many visitors spent a single night there upon arrival or departure because of inconvenient flight times. These days, the city is a destination unto itself, thanks to a crop of interesting new hotels, restaurants and museums. Though you’ll find no shortage of points properties like the JW Marriott in Miraflores, or the Westin in San Isidro, there are exciting new boutique hotels, as well. Hotelito Atemporal is an under-the-radar hipster hideaway with just nine rooms and a bucolic back garden where breakfast is served, housed in a historic mansion dating to the 1940s. The staff can steer you toward everything from the hottest new bar in town to the perfect café for making new friends or getting a little work done. There are also loaner bikes to get out and explore the neighborhood. Hotel B in Barranco is another bohemian gem (this one’s in a 1914 mansion) with a great bar scene.

For a little more fun, head to the lively seaside Barranco district, where you’ll find Mate, the small but fascinating Mario Testino Museum, home to exhibits of the famous photographer’s works. Next door, the Pedro de Osma Museum houses colonial art in a stately mansion with beautiful gardens.

Stop for a meal — and get ready to share, because the plates are huge — at Isolina Taberna Peruana, but save room for a scoop (or three) of gelato at Blu, which is routinely voted the best ice cream in town. Enjoy it as you stroll down the Bajada de Baños under the famous Puente de los Suspiros (or Bridge of Sighs) toward the Pacific.

No visit to Peru would be complete without at least a quick day trip to Machu Picchu from Cusco. Or, as an alternative for all the adventurers and budget travelers out there, you can spend four days hiking about 26 miles of the Inca Trail and arrive at Machu Picchu via the Sun Gate just in time for a dramatic sunrise above the ruined city.

You can make the journey there and back in a day from the city of Cusco on PeruRail and a bus or taxi, but if you have more time, make it an overnight trip. In fact, I’d suggest coming straight here from Lima instead of stopping to acclimate in Cusco and spending a night or two there first. That should help because Cusco is 3,400 meters (11,150 feet) above sea level while Machu Picchu is at about 2,400 meters (7,900 feet). Not only that, but if you stay overnight close to Machu Picchu, you’ll also beat the day-trip crowds up to the ruins first thing in the morning before sunrise, and won’t have to worry as much about the huge lines that form to catch the shuttle buses from the town of Aguas Calientes up to the gates of the park on the mountain.

Known as the lost city of the Inca because it was one of the empire’s last strongholds after the Spanish invasion and was hidden in the jungle for centuries, the centuries-old citadel has become one of the world’s most famous tourist attractions. A day ticket will cost you 152 Peruvian Sol (about $46), and guides are easy to arrange. Though the town of Aguas Calientes is still something of a backpacker hangout, there are some luxurious but budget-friendly options there as well, including the Sumaq Hotel, where you can hear the roar of the Urubamba River from your room, and a culinary program that focuses on local, seasonal ingredients like ceviche made with fresh mountain trout and desserts created with jungle fruits like maracuya and lúcuma.

5. Culture and Crafts in the Sacred Valley 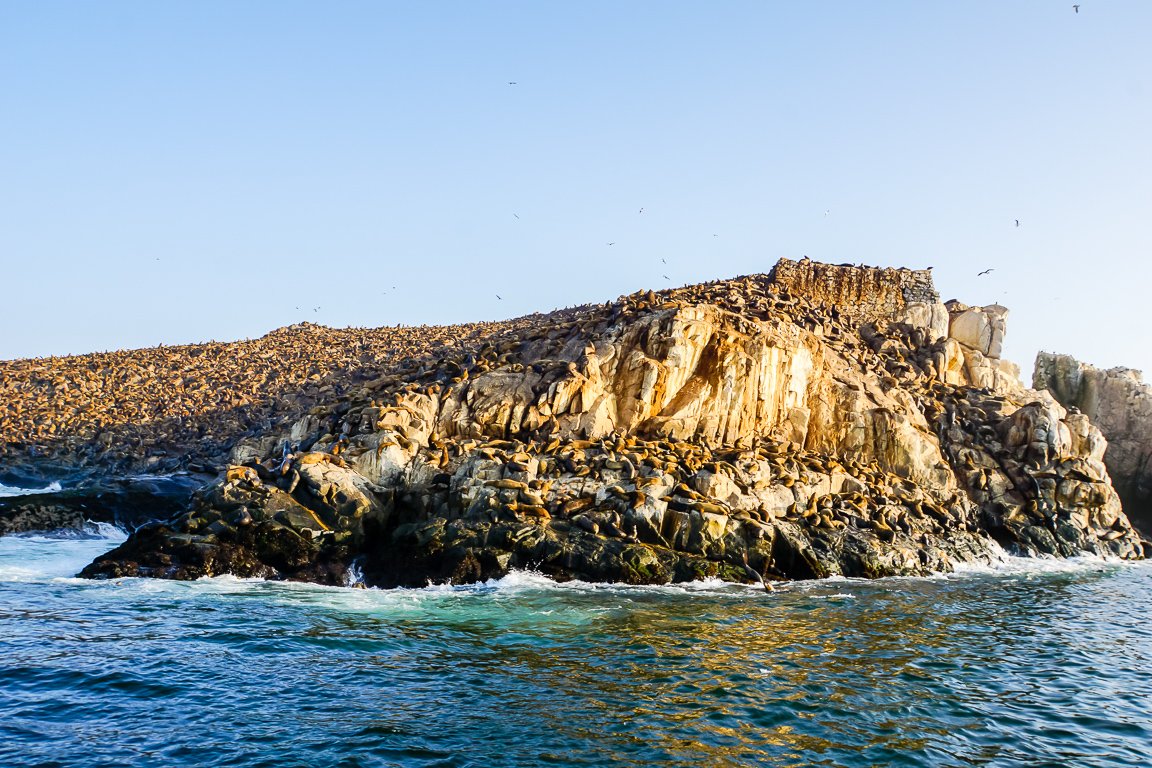 When not lounging in a casita perched on the mountainside with postcard-perfect views of the valley from its wraparound windows, venture out and explore the ancient communities of the surrounding valleys and mountain passes through a variety of excursions. One day, you might visit the ruins at Picas, while on another you can learn about traditional weaving techniques and even purchase fair-trade handmade alpaca apparel and decoratives at Centro Textil Urpi Centro Cultural Parwa for a fraction of the cost you’d pay in Cusco or Lima.

You might be in a rush to get back to Cusco, but it would be a shame to miss out on a few days in the Sacred Valley, which lies along the Urubamba River between Cusco and Machu Picchu. A spate of new lodges has opened there in recent years, including the luxe Inkaterra Hacienda Urubamba.

You can also marvel at the enormous Incan crop terraces at Moray and buy artisanal pink salt straight from the source at the ancient mines of Maras. Then head back to the hotel for an evening of stargazing and storytelling before pisco sours in front of the fire and a dinner of dishes like guinea pig confit over beets and sticky rice.

Once you’ve acclimated to the thin air, it’s time to hit the former Incan imperial capital of Cusco, whose original streets were laid out to resemble the shape of a jaguar. Get the lay of the land at the central Plaza de Armas, check out the massive cathedral, and pay your respects to the mummies at the Museo Inka. Then make a stop at Coricancha, the Temple of the Sun, which was once the city’s religious center and covered in pure gold plating before it was looted by the Spaniards. The hilly, bohemian San Blas district is also worth a walk for its cute little shops and cafes and sweeping views of the city. Cusco has no shortage of lovely hotels — including the grande dame Hotel Monasterio — but for something a little more intimate, try Belmond’s newer property next door, the Palacio Nazarenas.

VIEW ALL POSTS BY yogahavenmv